Dogs, especially puppies, are a great way to bring some life to a home, but they need great care. A puppy breathing fast while sleeping is one of the biggest and most alarming complaints that many dog handlers and pet owners report. Several reasons are behind it, and veterinarians can conclude many different outcomes based on their observations and tests.

If the owner doesn’t address the issue adequately, the pet could face some severe consequences. Therefore, when a puppy starts showing rapid breathing signs, one should get as much help as possible.

How to Calculate a Puppy’s Breathing Rate

Calculating a puppy’s breathing rate involves simple counting. You only have to observe the movement of the puppy’s chest in and out. By counting the number of times your puppy’s belly moves in and out, you can obtain a reasonably accurate measure of your pet’s respiratory rate.

But considering the playful nature of puppies, you need to count its breathing rate when it is completely relaxed. The dog should not be panting, and the most visible feature of its relaxation is sitting with its mouth closed and tongue out.

A slight increase may not produce significant concern for a puppy. Usually, dog owners bring their pets to the vet when their breathing rate climbs up to 100 breaths per minute. It could mean a veterinary emergency, but in most cases, it is considered to be highly manageable.

Humans have a natural mechanism to resist different types of stress that the environment burdens them with. While many are successful in adapting and making themselves comfortable during changing weather conditions and infections from harmful organisms, there are times when the human body cannot fight longer and gives up. In those times, a person may show signs of abnormality in his physical and mental health.

In the same manner, dogs also have specific mechanisms to help them with their everyday life. Dogs are also prone to different types of environmental hazards, and they also have natural tools in their body to help them cope with such stress.

Because puppies are still going through significant developmental changes, they are more at risk of developing infections and being overwhelmed by the weather’s extremes.

Some primary reasons why a puppy’s breathing rate might increase very quickly are:

Weather is one of the significant factors in regulating the ever-growing varieties of animals and other organisms in an area. Different seasons bring about the migration of different birds to a new place, while some animals seek shelter to pass the days away. Changing temperatures have played the most significant role in causing noticeable changes in a specified area regarding wildlife and vegetation.

But extreme temperatures can also cause a problem. Many animals, including humans, cannot withstand frigid temperatures. While they may have discovered many ways to fight back the freezing winds, they’re still susceptible to these natural phenomena. Summers can also impose a big problem for many species as the growing threat of global warming has caused every species on this planet to adapt to a more recent wave of heat.

Dogs usually start breathing faster in hotter temperatures. With the temperature rise, a dog’s body temperature also increases due to increased processes inside the body. But unlike humans, dogs have a furry coat that does not assist in profuse sweating mechanisms. It would only soak more heat and cause the dog more trouble. Therefore, nature gave dogs the panting tool to drive out the heat inside their bodies.

Panting is a natural phenomenon for a dog. It does not indicate any dangerous signs of an illness, nor does it mean that the dog could be progressing towards one. It usually means that the dog has tolerated the sun for a long time, and now it needs to cool down its body heat.

In such a case, the concepts of excessive activity and a raised body temperature come into consideration. Therefore, a hyperactive dog or a puppy panting is not an observation to worry about, as it indicates the tremendous growth of the pet.

Dogs are one of the most lovable and loyal creatures that one can tame. The level of affection that dogs can show their owners is something rarely found in other domestic animals. Therefore, an owner’s actions and expressions can significantly impact their pet’s behaviour and mood.

One of the earliest complaints of a puppy panting while sleeping or a generally high breathing rate is when they arrive at a new home. Experiencing anxiety in a new place is a common issue for humans and their pets. So it seems logical that a puppy may exert emotional stress in a new location in the form of fast breathing.

Apart from stress from new owners or a new place, puppies can also express their emotions vividly. All sorts of actions and emotions can trigger a dog’s different moods. Dogs have the best expressions of excitement and show it in different ways. In many situations, they can grin and breathe faster, showing joy and enthusiasm. So if you grab your dog’s leash and it sees you, it might start panting and grinning from excitement.

Like their masters, dogs can also have vivid dreams. Puppies have a higher tendency to sleep longer because most of their growth takes place during that phase. Consequently, their dreams can also initiate rapid breathing. It is a regular practice of dogs to breathe faster in them, whether pleasant or unpleasant.

Another common sign that may trouble dog owners is when their dogs start kicking, barking, or whimpering in their sleep. All these are typical actions that indicate that their dog responds to the stimuli it is witnessing in its dreams, and there is nothing to worry about in these matters.

While there are many daily activities and usual causes that can trigger a puppy’s breathing rate, some diseases and infections can also cause such deviations in a dog’s breathing. Several disorders are related directly or indirectly to the dog’s respiration, including fever, dehydration, anemia, pneumonia, heartworm disease, and circulation issues. Dogs may also produce this symptom from the side effect of a medicine or a toxin they ingested, so there are various sources to this problem.

But faster breathing isn’t the only thing that highlights these problems. Dogs will have other symptoms as well, which can help to identify the hidden concern. The most notable signs are loss of appetite, laziness, irritability, fits of cough, and pale gums. If your dog shows such symptoms, there is a possibility that your dog is suffering from a disease. Often these problems go unnoticed because either the owner doesn’t pay much attention to these small details, or the dog hides its problems from its owner to save him from trouble.

Another detail to remember in dogs is their breed. A brachycephalic dog is a term that encompasses some dog breeds that are more susceptible to heat. Brachycephalic dogs include dog breeds with shorter, broader skulls and a” punch-face.” These puppies have longer soft palates and narrower nares, meaning they can absorb more heat than they can expire out. A few examples of such dogs are Boston terriers, pugs, and English bulldogs. If you own such a dog or know someone who has, it would help check their activities in the sun and take better care of them.

Most of the solutions for your puppy breathing fast has a rate and this are behavioural and do not require much effort. As the issue most commonly in normal circumstances, supportive management is enough to overcome these issues.

Puppies can have a rapid breathing rate in different circumstances. There are common and concerning reasons for this mechanism. Apart from diseases and infections, puppies can also show their emotions via fast breathing. A puppy breathing fast while sleeping is a more genuine issue than while actively playing. If the puppy has other signs of illness and rapid breathing, it could be a severe disease. One can quickly check their puppy’s breathing rate and consult a veterinarian if things do not look good.

Q. Why does my puppy breath fast while sleeping?

Q. Why is my puppy breathing so fast?

Q. Why is my dog taking short quick breaths? 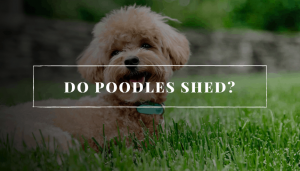 Originally, Poodles were hunting dogs that were used for retrieving ducks. They have been called “the national dog of France” and are consistently ranked among the top five dogs in the United States by the American Kennel Club. Dogs are man’s best friend and poodles tend to top the list of most friendly dogs too, Read More

Shock collars help you with training your wayward Beagle. These collars are perfect for curbing undesirable habits like excessive barking, chewing, and biting. Although many dog trainers are not familiar with shock collars, some owners enjoy them; they are beneficial for obstinate canine breeds such as beagles. It is entirely up to the owners to Read More 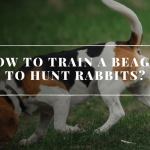 In early December, when the deer hunters end their season, a great opportunity arrives for those looking forward to enjoying the succulent meat of hunted rabbits for dinner. Beagles have been great companions of humanity for hunting games such as rabbits. But have you ever seen a beagle chasing rabbit? If not, then that means Read More 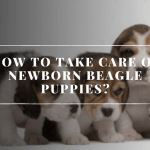 While newborn beagle puppies are beautiful, they are quite fragile. They require continual attention from their mother. If mom is not there or needs assistance caring for her infants, the task falls to you. Would you mind consulting your veterinarian for advice on caring for these little creatures to ensure their growth and wellbeing? To Read More

Have you ever thought about how many abandoned shelter dogs are killed annually? The number might shock you, reaching 390,000 in the USA, which is around 56 percent of the total dogs that enter the shelter. And thousands of dogs are waiting in shelters for a home with loving owners every day. Adopting one is Read More 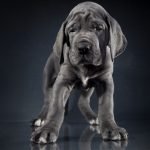 Do you think your Great Dane might be overweight, or did the vet just tell you that you have a chubby Great Dane on your hands? Do not feel bad; you are a long way from the only one who has a heavy dog. In reality, 60% of all dogs are overweight, so you are Read More 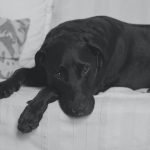 Whether you are a pet owner or not. need to know that; dogs can get strep throat. Bacteria mainly cause strep throat. But it depends on many things such as a dog’s immunity system, the environment, contaminated food, and many more. That is why you should always take care of your pet so that they Read More 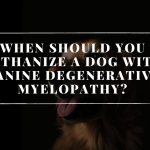 Degenerative myelopathy is a complex, slowly progressive disease of the spinal cord. Age of onset is typically reported as being anywhere between 5 and 14 years of age. Males and females are affected equally. DM is most commonly seen in German shepherds, but it can affect other breeds, especially large breed dogs including boxers, and Bernese mountain dogs. Smaller breeds such as corgis can also be given the diagnosis. 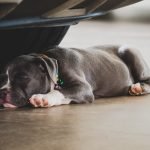 Exotic Bully is a modern breed that first appeared in the dog community in 2008. This strong and short-legged dog soared to popularity overnight. They are well-known for their startling similarity to their nearest relative, ‘American Bully’. Continue reading to learn about the biggest variations and what you should predict from this 10-year-old breed. ContentsWhat Read More

If you want your beagle to be sporty throughout the day, let it have a restful sleep at night, ensuring a comfortable bed. Whether you are already a new parent or planning to have one soon, preparing a good bed for your pup is a must to keep their joints as healthy as possible. Some Read More